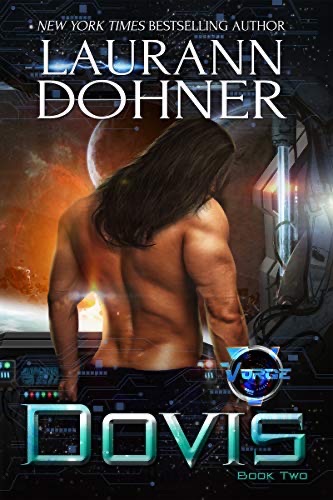 Sold into slavery as a child, Mari was raised on a vessel repair station, growing up to become a highly prized engineer. So she’s surprised when her owner not only grants her freedom, but finds her a paying job aboard The Vorge. Mari’s determined to impress her new captain and crewmates. It’s the only way she’ll remain free, safe from the hands of other slavers. But there seems no impressing Dovis, the ship’s head of security. He’s huge, hairy, scary, and seems to hate humans.
Dovis finds humans weak and annoying at the best of times. They don’t need another one aboard The Vorge. Especially a female who works hard enough to make everyone else look lazy. He wants Mari gone—until he meets her. The tiny human is sweet, shy, timid…beautiful. Now Dovis really wants her gone. He isn’t happy about his attraction to a human. Especially when he can’t be certain Mari’s desire for him is from the heart…or an accident of his own making.