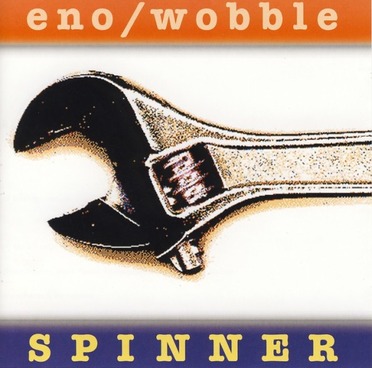 Track 10 (Left Where It Fell) lasts 7:02. There then follows 5:00 of silence after which a hidden track starts (an edit of 'Iced World' from Brian Eno's later released album 'The Drop'). It's length is 8:39 giving a total track length of 20:41 for the final track.

'This music originated as a soundtrack for Derek Jarman's last film 'Glitterbug', which was released shortly after his death in 1994. He never saw it finished.

I made most of the music in my studio in Kilburn, working directly onto digital stereo, alone at night. I hardly watched the film, which, being made up of pieces of Super-8 footage shot by Derek over the twenty years between the late sixties and late eighties, became more and more poignant as his life drew to its close.

I had intended to collect the music as a soundtrack record, but in the end a lot of it didn't make much sense without the film. So I cut that connection and placed myself instead in the hands of Jah. He received from me a number of stereo tapes and did what he does - spanning the gamut from leaving them completely alone (such as 'Garden Recalled'), playing along (such as 'Like Organza'), or using them as atmospheres for entirely new compositions (such as 'Steam').

He told me that after he finished working on this, he walked along the Grand Union Canal from Bethnal Green and up through the Lea Valley listening on headphones. He assures me that the music proved a very satisfactory companion, which opinion I pass on for any others considering the same walk.'

The film 'Glitterbug' is available on Dangerous To Know Videos (cat. no. DKT011)