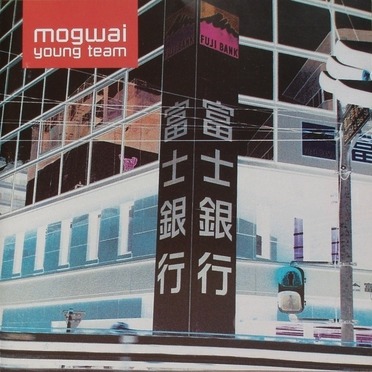 Young Team, Mogwai's first full-length album fulfills the promise of their early singles and EPs, offering a complex, intertwining set of crawling instrumentals, shimmering soundscapes, and shards of noise. Picking up where Ten Rapid left off, Mogwai use the sheer length of an album to their advantage, recording a series of songs that meld together -- it's easy to forget where one song begins and the other ends. The record itself takes its time to begin, as the sound of chiming processed guitars and murmured sampled vocals floats to the surface. Throughout the album, the sound of the band keeps shifting, and it's not just through explosions of noise -- Mogwai isn't merely jamming, they have a planned vision, subtly texturing their music with small, telling details. When the epic "Mogwai Fears Satan" draws the album to a close, it becomes clear that the band has expanded the horizons of post-rock, creating a record of sonic invention and emotional force that sounds unlike anything their guitar-based contemporaries have created.