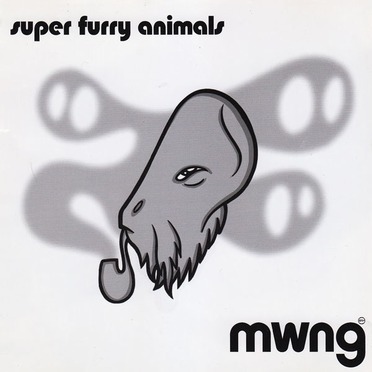 Mwng (pronounced [ˈmʊŋ]; English: Mane) is the fourth studio album by Welsh rock band the Super Furry Animals, and the first by the group to have lyrics written entirely in the Welsh language. Mwng was released on 15 May 2000 on the band's own record label, Placid Casual, following the demise of their former label Creation. The album includes the single "Ysbeidiau Heulog", and reached number 11 on the UK Albums Chart following its release—the first Welsh-language album to reach the Top 20. This success lead to Mwng being mentioned in the House of Commons of the United Kingdom by Elfyn Llwyd, who described the record as a celebration of a "new wave of confidence in the Welsh nation".

The Super Furry Animals had attempted to make a hit record with a commercial sound with their previous release, 1999's Guerrilla. The record's singles failed to hit the Top 10 of the UK Singles Chart, so the band decided to go on "pop strike".