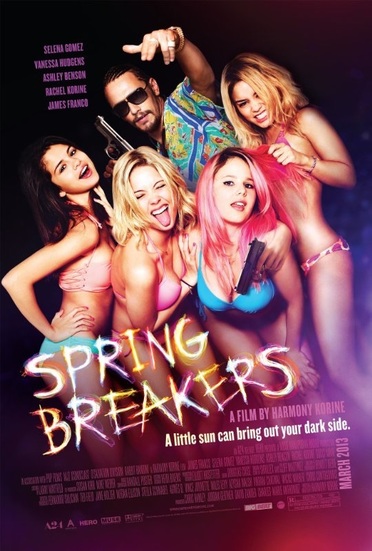 Spring Breakers
A little sun can bring out your dark side.

Spring Break Foreverrrrrrr.....Faith (Selena Gomez), Candy (Vanessa Hudgens), Brit (Ashley Benson) and Colby (Rachel Korine) are best friends anxious to cut loose for spring break, but the don't have the money. After holding up a restaurant for quick cash, the girls head to the beach in a stolen car for what they think will be the party of the lifetime......until they're thrown in jail. But they are bailed out by Alien (James Franco), a local rapper, drug pusher and arms dealer, who lures them into a criminal underbelly that's as shocking as it is liberating!!