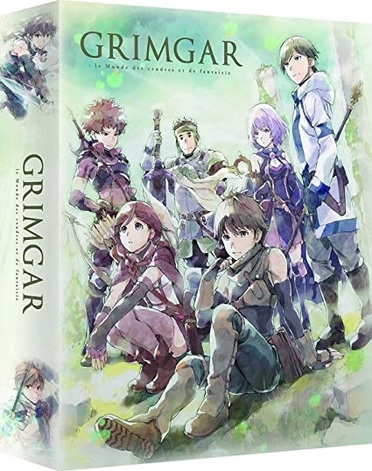 Grimgar of Fantasy and Ash
SURVIVIAL IS NOT A GAME

Awaken...This is the only thing the youth of Hai to Gensou no Grimgar remember before awakening in an unknown building in a medieval landscape enshrouded in darkness. They don't remember anything besides their own names. What's stranger is that sometimes they catch themselves saying words that they don't understand, even though they seem so familiar. The group of strangers is told that in order to make a living, they would have to join the Reserve Army forces to keep the town safe from nearby monsters. The stronger looking people form a team to join the Reserve Army and depart, leaving Manato, Haruhiro, Ranta, Yume, Mogzo, and Shihoru to fend for themselves. But how will they get by if they can't even defeat the weakest of monsters? Born from the ashes of their old memories, the ragtag team of six start a new life in the world of Grimgar.