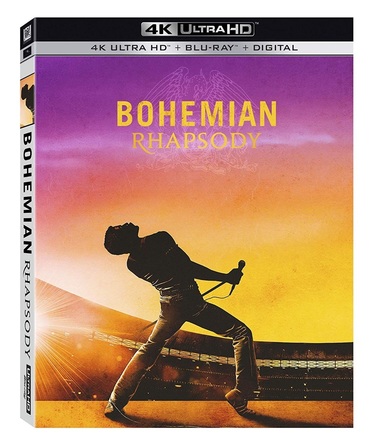 This is one instance where I strongly recommend against using negative reviews from critics to influence whether you should see a movie (biopic, in this case) or not. I made sure I was at the movie theater an hour early just so I could get that special seat right up close where I prefer and I'm being completely honest and forthright in saying that I had tears in my eyes throughout 95% of the movie - it was that beautiful and touching. I went into this movie with intentions of paying homage to Freddie Mercury and Queen. I didn't go into it with expectations that I would earn a Bachelor's Degree on Queen-ology and learn every single minuscule detail of his (and their) life. Rami Malek said himself he had no intentions of trying to BE Freddie, but of capturing his essence and I think he did that very gracefully. I have, firsthand, read comments from people who are making negative remarks because the movie didn't really cover Freddie's issues with drugs and homosexual partners. How crazy can you be? This biopic took a classy approach of allowing younger viewers a chance to enjoy this taste of history without turning it into a complete and total graphic disaster. Brian May, Roger Taylor and other people who knew Freddie were in on helping with this biopic. If they aren't kicking and screaming over it, that says something. Brian May is on social media every day posting movie posters for this movie.﻿ He must be very proud of it!

There will never be another Freddie Mercury but Rami Malek most certainly had me in awe at his beautiful portrayal. All of the cast members did! See this biopic!