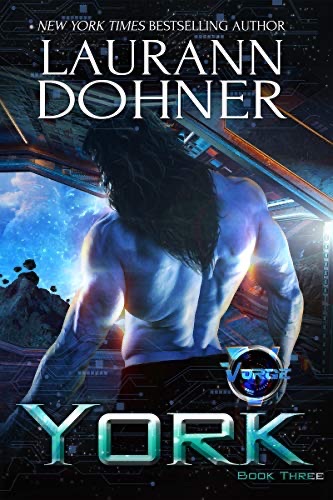 Watching his crewmates fall in love has left York craving a female of his own. That’s how he ends up being matched to a Parri female through a service to find bond mates. He’s excited at the prospect when he arrives on planet Relon. Until he actually meets her.
Betrayed by her government in a bid for alien technology, poverty-stricken human Sara is doomed to be a prince’s sex toy, until she’s rescued on a planet that doesn’t take kindly to slavers. Suddenly free, she’s an outcast on her new home, treated with distrust…by everyone except a gorgeous, kind, huge blue alien. Too bad he’s getting married the next day. His future bond mate is a horrid, abusive woman, and Sara has a way to save them both—she’ll convince York to bond with her instead.