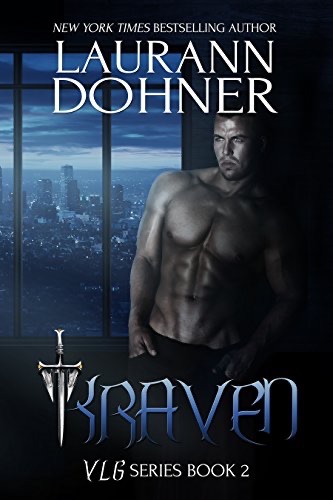 Batina Dawson wants two things most in her life. She’s determined to become a partner at her law firm and secure her younger sister’s financial future. That’s why she talked Dusti into flying to Alaska, to mend fences with their terminally ill, rich grandfather. It seemed to be a perfect plan—until things go wrong.
The plane crashes and their lives are saved by two large, muscled brothers. Kraven is a spiked-haired menace with a handsome face and a killer body. He also believes she’s in danger from her own grandfather, and that Vampires and Lycans once bred, making him a VampLycan. He even claims her mother was one too. He may have kidnapped Bat, but his misguided hero complex is almost sweet. She knows exactly what defense she’ll use if he becomes one of her clients. Insanity.
Kraven is frustrated. Bat refuses to stop arguing with him at every opportunity. She’s stubborn, mouthy, and oh so sexy. She might be right when she accuses him of being crazy—she’s driving him nuts. But she’s in danger and he’ll stop at nothing to keep her safe.