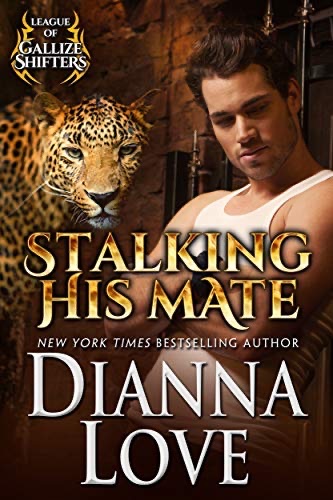 New York Times bestseller Dianna Love's Gallize shifters are back with an action packed adventure, a sexy love story and a twist no one saw coming.
Having spent her life as a captive, Siofra escapes when her power surfaces to save her from an attack, which exposes her as a nonhuman. All she wants to do is find her brother who is also being hunted, then vanish to live free from shifters. That was the plan and it would have worked if a golden-eyed jaguar shifter hadn’t stepped between her and a dangerous jackal, throwing a major kink in her escape when she falls for the sexy protector.
Rory didn’t choose to be a jaguar shifter and is determined to not mate even though he faces death from the Gallize mating curse if he doesn’t. The end may come sooner than he expects when his jaguar loses the ability to heal them, but that doesn’t prevent Rory from racing in to save a young woman from a vicious predator. The moment Siofra is in his arms and his power reaches out to hers, he struggles against the primal pull of the one woman he’s drawn to as a mate. Even if he didn’t feel the need to end his bloodline, she hates shifters.
None of that will matter if Rory fails to stop the deadly Black River Pack from using Siofra in a grisly experiment when she’s caught in a trap.