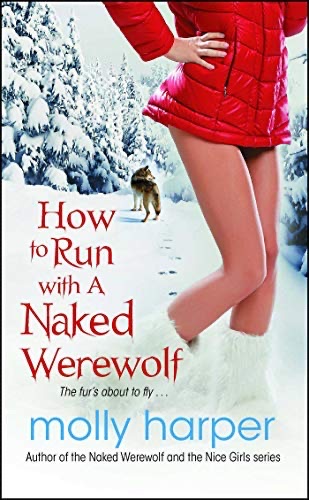 How to Run with a Naked Werewolf

Down, Boy
Anna Moder has just witnessed a shooting, seen her car pulverized, and rescued a wounded stranger - only to discover he's really a werewolf. And by her recent standards, things are actually looking up. Lycanthropes don't faze Anna. Doctoring a wolf pack outside Grundy, Alaska, is the closest thing to home life she's known in years. But hitching a ride to Anchorage with long-absent pack member Caleb Graham - that's a risk. Part of her itches to whack his nose with a newspaper. The rest is trying unsuccessfully to keep her own paws off every delicious inch of him.
The problem is, Caleb employs his lupine tracking abilities as a not-quite-legal bounty hunter, and Anna is suspicious of both him and his profession. On the run from her past, with old problems closing in, she'd like to stay far, far away from anybody with connections to the law. Caleb, however, seems determined to keep her close. Are his intentions noble, or is he working a more predatory angle?
Anna's been dreaming of returning to a semi-normal life, but now she's experiencing a strange new urge. . . to join Caleb in running with the wolves.