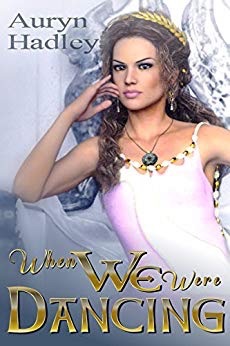 When We Were Dancing

AS QUEEN, SHE CAN NEVER MARRY THE MAN SHE LOVES. SO SHE’S JUST GOING TO HAVE TO GET CREATIVE. They called her the Gladiator Queen, the first female heir to the throne of Norihame. Leyli never wanted this. But her cousin's scheming left no other option. He'd killed her brother, trying to claim the throne for himself, and sold her off to be a gladiator, hoping to get rid of her. It didn't work. Now, she'll do whatever it takes to make sure he can't destroy the country her family fought so hard to keep safe. Even a queen’s number one job—she has to marry a noble and produce an heir.

On the sands of the arena, death was honest. Men fought for their lives and nothing else. In the palace, everything is different. The threats are veiled in fancy clothes and whispered rumors. Spies lie in wait around every corner, bribed with promises of power and wealth. Once, she thought this was normal. But no longer can she care about petty scandals, not when her citizens - her friends - are dying because of laws her family made.

To win this game, she has to keep her cousin far from succession. The best way is an heir of her own. She needs a noble husband who won't kill her in her sleep and -- hopefully -- one who will ignore the hulking shadow of her best friend turned bodyguard. She never expected Tristan to become a weapon that could be used against her. How much of her own happiness will she give up for Norihame?

The game is King of the Hill. The music for their dance is made of politics. Fate gave her a chance to change everything, but he's a fickle god. Leyli has to get this right. She may not be on the sands of the arena, but she's still fighting, and the Wolf of Oberhame will not be defeated.