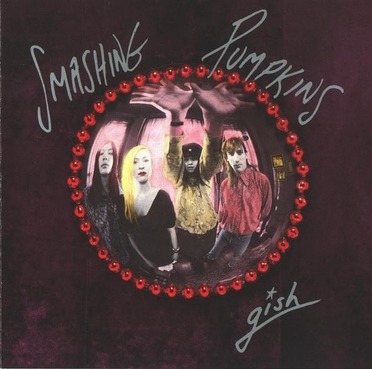 Gish is the debut album by American alternative rock band The Smashing Pumpkins, released in May 1991 through Caroline Records. Frontman Billy Corgan described Gish as a "very spiritual album". Despite initially peaking at only number 195 on the Billboard 200 upon its release, Gish was eventually certified platinum (one million copies shipped) by the RIAA.

Gish was recorded from December 1990 to March 1991 in Butch Vig's Smart Studios in Madison, Wisconsin with a budget of $20,000. Vig and Billy Corgan worked together as co-producers. The longer recording period and larger budget were unprecedented for Vig, who later remembered,

(Corgan) wanted to make everything sound amazing and see how far he could take it; really spend time on the production and the performances. For me that was a godsend because I was used to doing records for all the indie labels and we only had budgets for three or four days. Having that luxury to spend hours on a guitar tone or tuning the drums or working on harmonies and textural things . . . I was over the moon to think I had found a comrade-in-arms who wanted to push me, and who really wanted me to push him.