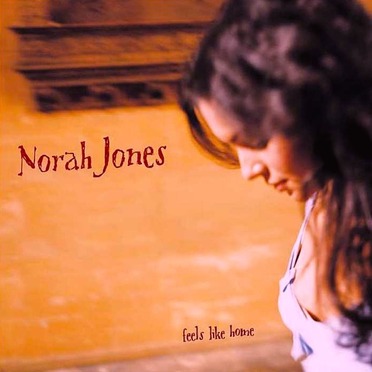 To follow up the unexpected success of her multi-platinum, multi-Grammy-winning debut album, Come Away With Me, Norah Jones and co-producer Arif Mardin were careful not to copy that album's approach, but to expand the palette to include country and folk among her pop and jazz visions. With her band providing a natural accompaniment that pays respect to the song, she duetted with Dolly Parton for "Creepin' In" and covered Tom Waits ("The Long Way Home") and Townes Van Zandt ("Be Here To Love Me") to prettify, but not betray, what had always sounded rustic and nearly unhinged. Her talent is her voice and the way it comes about emotion honestly. To categorize her music as easy-listening just because it is pleasing on the ear is to shortchange the beauty of what she uncovers. Just as Sam Cooke delivered spare but fruitful sad songs with Night Beat, so does Norah Jones deliver hope among the melancholia throughout Feels Like Home, where the piano and acoustic guitar are used to color a world most people wish could be their own.