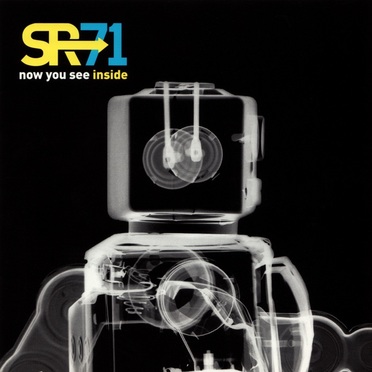 Now You See Inside
SR-71

SR-71 may not worry about being politically correct, but whereas most of the band's peers come off snidely, this band isn't afraid to pour some sugar. Naturally, the quartet sometimes veers toward boy-band wussiness, especially on the marshmallow centers of "Empty Spaces" and "Go Away," but the clean Bay City Rollers vibe throughout combines with spacious headphone production to make even the few lesser moments worthy of attention. "Alive" may owe more to Kiss than Pearl Jam (especially since SR-71 covers the make-up menaces in concert), and this positive party atmosphere makes the whole album rise above. Rather than attempting to maintain the velocity of opening one-two combo "Politically Correct" and "Right Now" (this actual hit discusses Ms. Right; Mr. Right appears later), the quartet soars into several airwave-friendly dimensions: "Last Man on the Moon" deserves heavy rotation, "Fame" features downright wondrous keys with a clever Kinks reference, and closer "Paul McCartney" owes more musically to Venus and Mars than Sgt. Pepper. SR-71 also swipes from the Stones, but the Spin Doctors aside in "Non-Toxic" seems closer to home. Take the time to see inside SR-71's debut. Like any commercial band, SR-71 morphs into whatever is on the radio, so the sophomore effort chases nauseously neurotic nu-metal; luckily, the delectably disposable Now You See Inside delivers pure pop for now people, and they need it now.