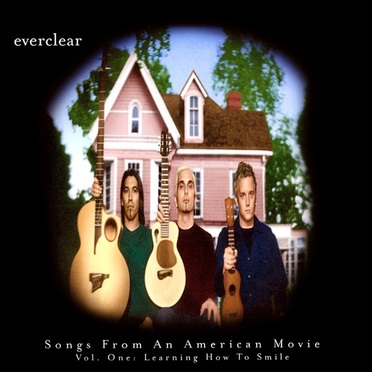 Songs from an American Movie, Vol. 1: Learning How to Smile
Everclear

If the two-part title weren't enough of a tip-off, let's make this clear: Songs from an American Movie, Vol. 1: Learning How to Smile is a concept album, based on Everclear leader Art Alexakis' divorce. Many pop musicians have mined this territory before, but Alexakis pulls off an ingenious move by dividing his divorce album in two parts and two records, separating falling in love from the fallout. Learning How to Smile is the courtship album, painting a picture of when everything was wonderful. He goes back further than that, returning to his childhood, specifically the sparkling, catchy late-'60s and '70s pop that provided the soundtrack to his coming of age. It's all innocent, from the sounds and melodies to the aesthetic; at first, it's hard to tell that this music was made in the wake of a divorce. As the album unfolds, certain themes of regret, sadness, and longing run to the surface, but they're all coated in glittering pop melodies and big rock riffs that mask the emotions of the songs. And, make no mistake, Alexakis is digging deep into his psyche, especially at the end of the record as the romance begins to fall apart. What makes Learning How to Smile work -- and an album this ambitious could easily have collapsed under its own weight -- is that the songs are strong and smart and are given savvy productions that make them sound even smarter. Very few of Everclear's peers could have pulled off an album that skillfully balances such an arty concept with such strong, strikingly revealing songs. Songs from an American Movie, Vol. 1 is the band's best, most consistent effort to date -- and certainly whets the appetite for the sequel.