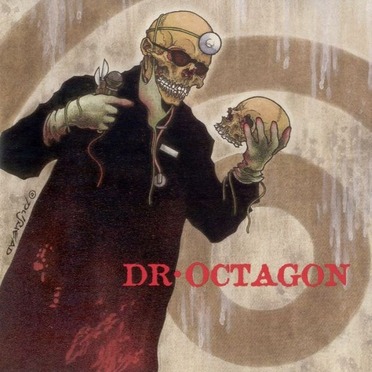 An original member of New York's new school pioneers the Ultramagnetic MCs, Thornton is best known as a solo rapper. His
signature style is stream-of-consciousness lyrical flow and complex vocals, two skills that earn him a perennial nod from
the underground hip-hop community. The average Kool Keith album is peppered with bizarre, disjointed, even delusional or
disassociated themes, concepts, and references. Nearly all of his albums incorporate a satirical dislike for more
commercialized strains of hip-hop, as well as major record labels.

Thornton's early career and lyrics with the Ultramagnetic MCs often referenced his time as a patient of Bellevue,
a psychiatric hospital, where he was treated for depression. He later claimed this was an inside joke. (Claims of
Keith Matthew Thornton being committed to Bellevue have been authenticated.) With Ultramagnetic,
his abstract style developed, maturing in songs like "Poppa Large." He was probably the first rapper to create
multiple aliases for himself. Keith attempted to go solo at least twice in 1990 and 1992, the latter hiatus affording
Keith the time to record several tracks later featured on The Cenubites LP. After Ultramagnetic broke up for good in
1994, he moved to California and landed a deal with Capitol Records for a solo album. After changes at label left
the project unreleased, Thornton won back rights to the tapes and released the Big Willie Smith EP in 1995. Production
duties were split between Kutmasta Kurt and Ultramagnetic's TR Love and Moe Luv. Around this time, Kutmasta Kurt also
produced tracks featuring Keith's new alias, Dr. Octagon. Another Bay Area producer, Dan "the Automator" Nakamura,
then a friend of Kurt, took over the majority of the production for what became Dr. Octagonecologyst, which was
released by the English trip hop label Mo' Wax. DJ Qbert was also a major contributor to the album's sound, employing
scratch techniques previously unheard on a rap album. The album received critical acclaim, including from media
sources outside the mainstream hip-hop community. The critical success of the album helped to open the accessibility
of the underground hip hop scene to an appreciative audience. The album is considered a landmark in the acid rap genre.
For the Automator, this album laid the foundation for a burgeoning career and accolades as a producer; for Thornton,
the success of Octagonecologyst seemed to put him in danger of being typecast as a "space and Mars" rapper, or an
industry tool, which he throughout his career has looked down upon. Instrumentalyst, showcasing the production,
became a surprise success.

In 1996, Keith revealed in an interview that he was working on the next Dr. Octagon album. Tracks were also recorded
with Automator under the Big Willie Smith moniker which were not released until Automator's 2000 A Much Better
Tomorrow LP. Eventually the Big Willie Smith alias was changed to Willie Biggs, possibly as a reaction to Will
Smith's Big Willie Style album, and this is the moniker used on Keith's first true solo release, 1997's Sex Style,
although a few references to Smith remain.

Thornton released an album with Tim Dog in 1997 under the name "Ultra." This album was also mostly produced by Kutmasta
Kurt, and introduced Thornton's Reverend Tom alias. Also in 1997, he appeared on the track "Diesel Power" from The
Prodigy's album The Fat of the Land. He is credited in the liner notes as Kool Keith.

Frustrated with Automator's ultimate control over the project and limits of his new image, Thornton abandoned the
"Octagon" character, who was literally killed off in the introduction to his next album, First Come, First Served,
by his new persona, Dr. Dooom. This album focused on his "horror-core" material, which first appeared on the Cenobites
LP. He released an instrumental version of this and other post-Octagon albums.

Released soon after the independent First Come First Served was the major-label effort Black Elvis/Lost in Space,
(they were intended to be released simultaneously) which featured Thornton finding yet another persona in Black Elvis.
While the Dr. Dooom record was produced with the minimalist beats and production work of Kutmasta Kurt, Lost In Space
featured much more complex lyrical stylings and deeper, multi-layered tracks Thornton developed with a host of
collaborators. The dichotomy effectively split the Dr. Octagon character in two, Dooom representing the horror
elements and Black Elvis handling sci-fi duties. In the liner notes to the Black Elvis album, released by Columbia/Ruff
House, he even calls out his "twin brother" Dr. Dooom, saying "you need to get with a major, buddy."

Thornton played Crazy Lou, a gun dealer and former Marine who was, "dishonorably discharged for sexual misconduct
with a deadly weapon," in Prince Paul's 1999 "hip-hopera" A Prince Amongst Thieves.

In 2000, Thornton released Matthew, which included the wide anti-label rant "Test Press". He produced the entire album,
except for "Backstage Passes", which was done by Kutmasta Kurt, who also provided additional drums programming.

Teaming up with Detroit's Esham, Thornton released Spankmaster in 2001. With Esham and Thornton handling production,
it was the first Kool Keith album with no involvement by Kutmasta Kurt, who had reportedly turned down an offer to
produce it.[citation needed] It was met with indifference by critics and fans alike, many complaining about its low
budget sound and recycled themes.

Subsequent collaborations have included Masters of Illusion, Clayborne Family, the Analog Brothers and Thee Undatakerz,
who have collaborated with members of the Wu Tang Clan to produce the soundtrack to Blade: Trinity. Thornton later
disowned the Undatakerz project. He also appeared with Ol' Dirty Bastard on the compilation album WWF Aggression,
on a song featured as a tribute to World Wrestling Entertainment (WWE) superstar Mankind. He is also a well-known
favorite of Princess Superstar, and has collaborated with her on several tracks.

Thornton and Kutmasta Kurt then revived their "Diesel Truckers" aliases, first used on the Dr. Dooom album, for a
fairly well received 2004 LP, their first to be released as a "Kool Keith Featuring Kutmasta Kurt" album.

The Dr. Octagon character was unceremoniously resurrected in 2006. Apparently, in 2002 Thornton briefly considered
releasing another Dr. Octagon album and collaborated with unknown guitarist/producer Fanatik J. Through a series of
strange events, vocals recorded during these sessions along with three songs recorded later were used by European
production team One Watt Sun without Thornton's participation or consent to create the Return of Dr. Octagon album,
released in 2006.

Two other 2006 LPs were somewhat overshadowed by the Dr. Octagon fiasco, released under the Project Polaroid and Mr.
Nogatco monikers. These albums, particularly Project Polaroid, ironically sounded far closer to the original Dr.
Octagon album than its alleged sequel. Both albums also featured a sci-fi theme.

In early 2007 it was announced by Threshold Recordings that a sequel to the 1999 Dr. Dooom album would be released,
in addition to a collection of Sex Style outtakes. Also, an album under the alias Tashan Dorrsett is set to be
released on DJ Junkaz Lou's Junkadelic Music label in late 2007.

Ultramagnetic MC's released their first new studio album since 1993, The Best Kept Secret, in February 2007 on
Oglio Records. Critical response was muted and the album had lackluster sales.