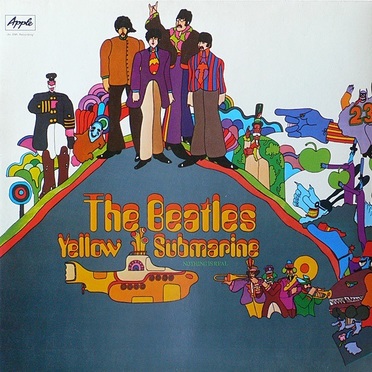 Released in Britain on 17th January, 1969 (and a few days earlier in the US), Yellow Submarine was the soundtrack to an animated feature film which had received its UK premiere some six months earlier.
The original LP release contained the Beatles tracks on side one with a newly recorded orchestral score composed and arranged by George Martin occupying side two of the disc. Of the Beatles tracks, four were brand new songs.

The album was never intended as a high profile Beatles release, indeed it was issued when The Beatles was still no. 1. Despite that the album still managed a no. 3 position in Britain and climbed one place higher in the US.